The Best Of The Corum Golden Bridge Collection

keleton watches and open-worked displays have been all the rage in recent years, especially because these are times when it’s become so integral for mechanical watchmakers to show the world the heart of their craft. However, stripping down the construction of a mechanical watch to the basics is something that Corum has excelled at for decades. It was watchmaker Vincent Calabrese’s desire to show the world the watch mechanism that drove him to develop the Corum Golden Bridge’s in-line baguette movement that would become the heart of the brand’s most acclaimed timepieces.

As good as a showcase for a miniature art installation, the Golden Bridge watches have celebrated the in-line baguette movement and its iterations since the 80s. Today, it’s seen in a number of different watches—in myriad case shapes and sizes. Here we present some of the finest pieces from the contemporary Golden Bridge collection.

Although the original Golden Bridge was presented in a rectangular case, the look of the modern Golden Bridge collection has largely been its tonneau silhouette. Tonneau-shaped cases have been the most prominent form of the Golden Bridge, even seen in its horizontally-oriented spinoff series—the Ti Bridge watches. This particular piece is also set in a generously-sized tonneau case, in rose gold, which forms the perfect frame for the gorgeous in-line baguette movement. The black crocodile leather strap is an additional contrasting element. As the name suggests, the movement is a self-winding mechanism—the Corum CO313 calibre—featuring a linear oscillating weight in platinum. When fully wound, it has a power reserve of 40 hours. 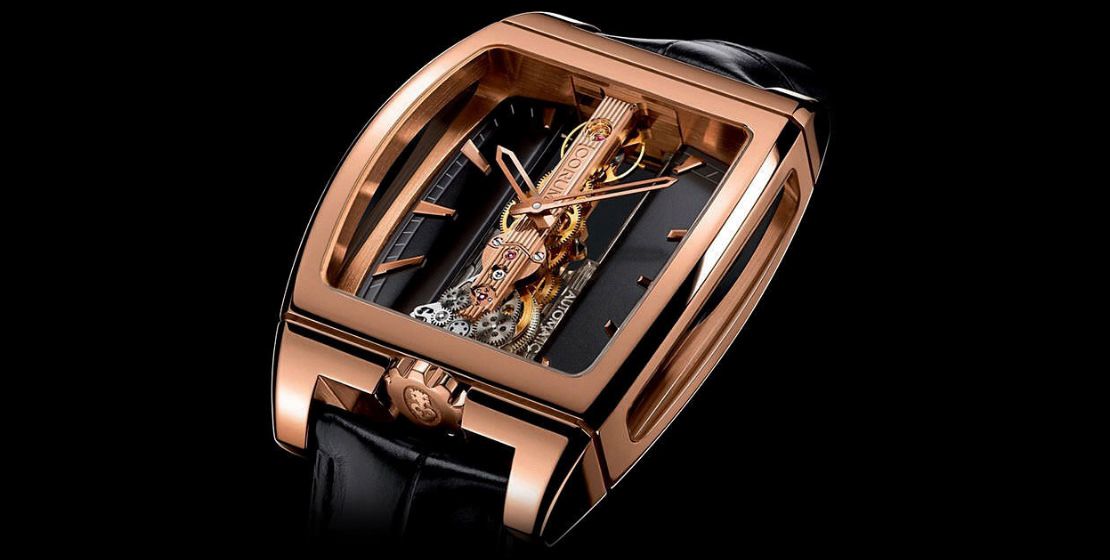 03
What’s most interesting about this Golden Bridge is how the appearance seemingly changes as you put it on. The 360-degree transparency is lost when it’s on your wrist, in order to form a backdrop for a perfect view of the movement that won’t change from wrist to wrist. This is achieved by the striated metallised decoration on the sapphire crystal caseback, which plays with your visual perspective. The watch features gold hour markers applied onto the sapphire crystal. The time-setting crown is seen at six o’clock on the case, which is water resistant to 30m.

After several years and many generations of the Golden Bridge watches, Corum brought the rectangle back to the collection in 2017. This Golden Bridge Rectangle was designed by Italian jewellery and watch designer Dino Modolo, who translated the Art Deco inspiration beautifully into the avant-garde piece. The all-gold watch in 18-karat rose features structures flanking the engraved and decorated bridge of the in-line baguette movement representing Roman numerals, adding to the architectural charm of the timepiece. At the time of its launch, a brand spokesperson said, “With the rectangle version, we wanted to go further with the architecture of the timepiece itself to create yet another classic edition of our signature haute horlogerie timepiece.” 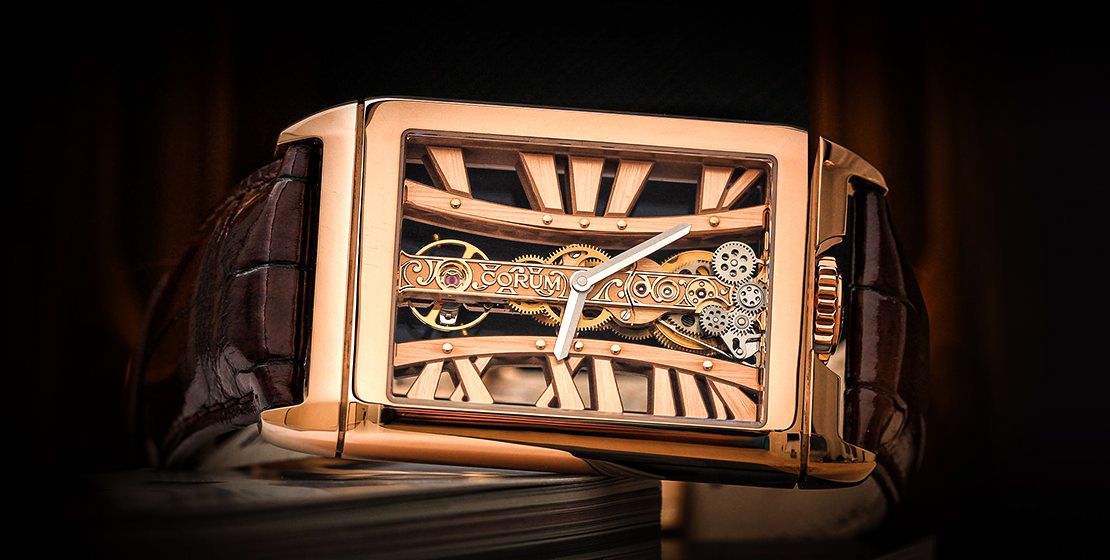 The movement at the centre is the CO113 manual-winding calibre, offering a power reserve of 40 hours after being fully wound. The gold case, measuring 29.5 by 42.2mm, has a sapphire crystal glass and caseback, allowing you to see right through it. It is water resistant to 30m, unlike earlier versions of the Golden Bridge watches that came in rectangular cases. The brown alligator leather is fitted with a rose gold, triple-folding clasp.

The Architectural Corum Golden Bridge Round

This was the first Golden Bridge timepiece in a round case. It made the Golden Bridge collection garner wider appeal among fans of the in-line baguette movement, considering that round cases are preferred more than those in any other shape. The case, 43mm in diameter, is made of 18-karat rose gold. It gives you a view, not just right through from front to back, but also when you look at the sides of the watch, as the sapphire crystal on the case bands reveals the intricate lattice structures in rose gold, on either side of the linear movement.

people are currently looking at this product